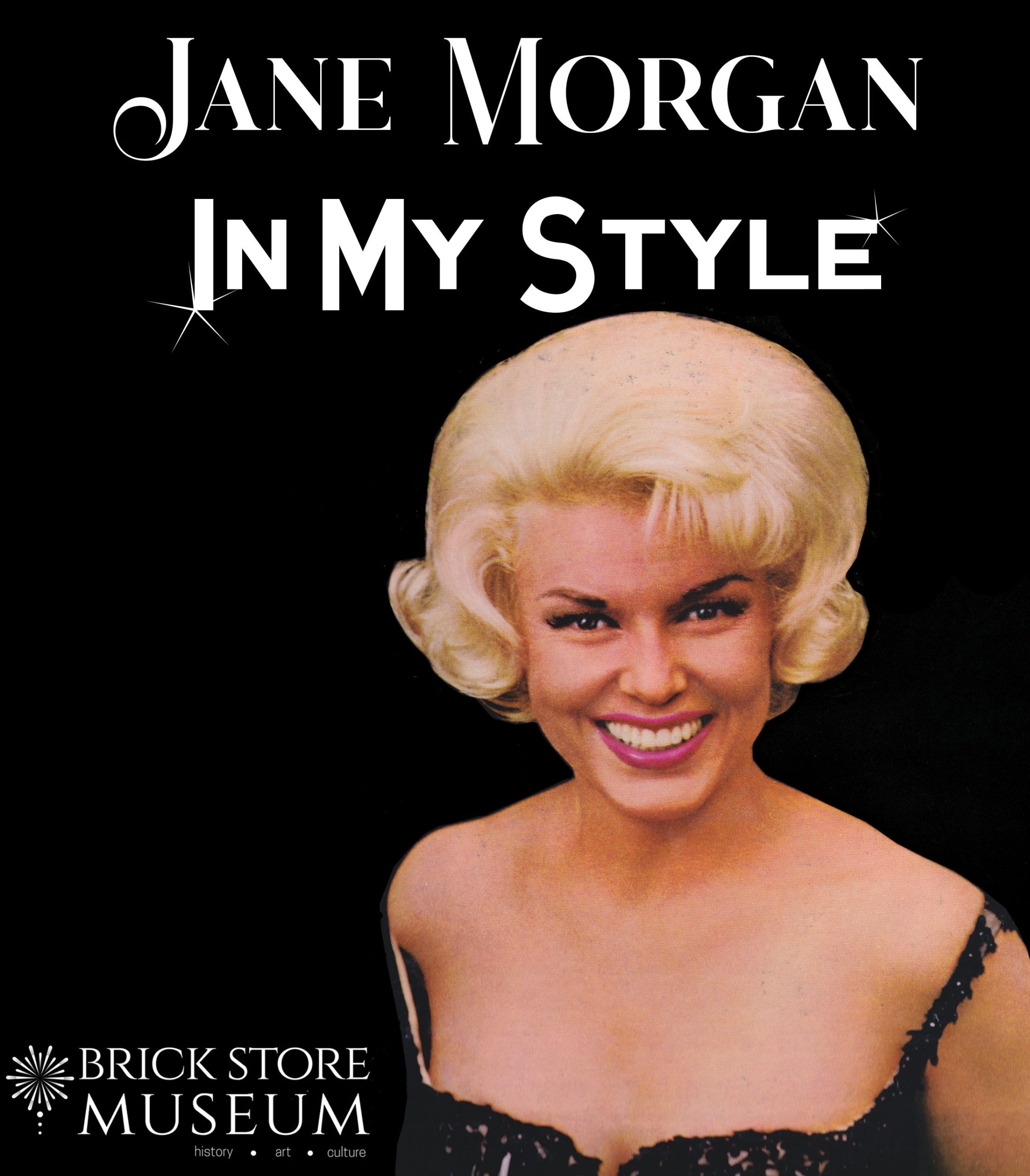 For the first time ever, over thirty performance gowns exclusively selected from the private collection of Jane Morgan will debut at the Brick Store Museum in an exhibition titled “Jane Morgan: In My Style.” The collection spans the singer’s illustrious stage, screen, and TV career from the 1950’s-1980’s. Jane Morgan has a Star on The Hollywood Walk Of Fame; twice sang the winning song at the Oscars; received numerous awards and accolades across her international singing career, and is well known for the special gowns she wore for every appearance, including singing and performing for Royalty, including Queen Elizabeth and Princess Diana; Heads of State such as French President, Charles de Gaulle; Presidents John F. Kennedy, Richard Nixon, Gerald Ford, Jimmy Carter, Ronald Reagan, George H.W. Bush, and George W. Bush.

Learn more about the “In My Style” exhibition HERE>

“In My Style” will open at the Brick Store Museum on February 1st, just in time to kick-off the Museum’s annual Free February program. The month offers free admission to the museum to explore the incredible new exhibition of Jane Morgan’s luxury designer gowns up-close and personal. The Museum is open six days per week (closed only Mondays). More information on the Museum’s operating hours can be found on www.brickstoremuseum.org.