Are you interested in learning more about Board service?

We invite you to volunteer your skills and expertise by joining one of the Museum’s Working Committees to get to know more about our work. Please contact Cynthia Walker, Executive Director, at [email protected] or (207)985-4802.

Alex Fletcher is an aspiring historian currently living in Wells, Maine. Alex has been interested in history for almost as long as he can remember; he has fond memories of insisting that his father read him a National Geographic article about the Battle of Midway as a bedtime story. Alex grew up in Wells, and graduated from Wells High School. But, determined to live somewhere colder than Maine, he wandered north for college, and pursued a BA in History at Acadia University in Wolfville, Nova Scotia.

Alex is currently earning his Masters degree in Museum Studies at UNH.

Why should everyone visit the Museum?

The Brick Store Museum is an amazing place. It is a museum that manages to be personal, down-to-earth, and respectful of the past, while also being professional, holding to a sense of historical rigor, and not being afraid of innovation.

What’s your favorite place in the museum?

The exhibit galleries. I learn something with every newly opened exhibit! 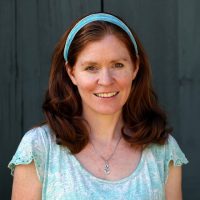 Leanne holds a B.A. in Anthropology and Archaeology from the University of New Hampshire, and a M.A. in Prehistoric Archaeology from Durham University in England.  While working as an archaeologist, Ms. Hayden worked on projects all over New England as well as internationally in such far flung countries as Belize and Hungary.  After several years of field work, she decided to make a career move and went through the Harvard University Extension School Museum Studies Program and has been working in museums ever since with more than 12 years of experience in her field.  While working in museums, she has been responsible for taking a 3000 year old Egyptian mummy to be CAT scanned as well as organizing and installing dozens of exhibitions that included everything from M.C. Escher prints and Alexander Calder sculptures to Samurai armor and Native American headdresses.

She joined the museum in 2014 and as Collections Manager her responsibilities are wide ranging; they include overseeing donations, incoming and outgoing loans to the museum, assisting in the creation of new exhibitions, helping researchers to the archives and much more.

Growing up in York, Maine, right down the road from the beautiful historic buildings of the Museums of Old York, Leanne has always had a passion for history.  She now lives in Lyman with her two daughters.   After living in Massachusetts for a time, she is happy to be back in Maine close to family and their camp in Peru, Maine.

My favorite spot in the museum:   At my desk.  I’ve never had an office with such a fabulous view.  On one side is a big window looking out onto Main Street and the Kennebunk Free Library which is a beautiful building.  Most of my view is of the museum archives which is filled with the most wonderful historical artifacts from photographs to ship’s logs.   It reminds me of how lucky I am to work in such a special place.

Why should everyone visit the museum:  I often hear our visitors say as the walk through the galleries, “I haven’t visited the museum since I was a kid, I didn’t know you had this here?!”   People are so surprised at the extent of our collection.  We have over 70,000 objects, you will always see something new on display.  If you haven’t been here since the 3rd grade, you will be amazed at what you will find. 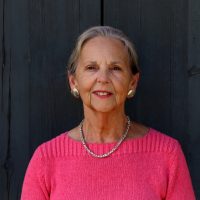 Kathryn has proudly worked for the Museum since the mid-1970s, after moving to Kennebunkport in the 1960s to raise her family. She received her degree in History at Merrimack College in North Andover, Massachusetts, and continued to develop her skill in preserving artifacts and historic costumes throughout her life.

Kathryn currently volunteers as the Museum’s Registrar three days per week, donating all of her time toward the preservation of the history and art of the Kennebunks.

Jeannine served for 25-years as Executive Director of the New Hampshire Bar Association, the state-wide professional membership association for lawyers.  She has additional experience in the areas of banking, municipal operations, small business and law firm operations.  She holds a Master of Science Degree in Organization Management from Antioch New England Graduate School, and has taught and consulted on leadership, strategic planning and operations. 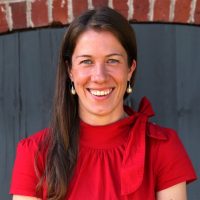 When Cynthia was 12 years old, she saw an advertisement in Interior Design magazine that read: “Who gets to decide what the Smithsonian keeps?” From then on, she knew she wanted to work in a museum.

She was born in High Point, North Carolina, with her twin sister; and grew up in North Andover, Massachusetts. She came to Maine for the first time at one month old, and spent every summer at her family’s c. 1898 cottage on Wells Beach.

Walker earned a B.S. in Public History and Middle Eastern Studies at Northeastern University; and earned an M.A. in History Museum Studies from the Cooperstown Graduate Program (SUNY). Her Master’s thesis derived from her work on Museum founder Edith Barry’s collections, titled Impressions of a World Traveler: Early 20th Century Ethnocentrism in the Photography and Writings of Edith Barry.

She first joined the Brick Store Museum as an undergraduate intern in 2006, and returned for a graduate fellowship in 2009. She worked as the Museum’s Exhibitions Curator from 2010 – 2011; Associate Director from 2012 – 2013; and became Executive Director in February 2014. Cynthia is also a Board Member of the New England Museum Association.

In her role as Director, Cynthia oversees the daily operations of the Museum, including fundraising; program development; interfacing with the Board of Trustees, staff and visitors; researching and installing new exhibitions; facilities management; and creating meaningful partnerships with local organizations, people and businesses. Her favorite part of this work is sharing stories in thousands of ways.

Cynthia’s dog, Murtaugh, is a frequent volunteer at the Museum and can often be found sleeping on the job near the front desk.

My Favorite Spot at the Museum: I have to say it’s in the costume storage. Clothing is so personal, for many reasons. Plus, it’s so quiet and peaceful there, that you can almost hear the history seeping out of these items as if they are weaving stories through mid-air. That’s what I like to imagine, anyway. It’s the reason I wanted to work in a museum, and every time I walk in there, I’m reminded of how fortunate I am to work at the Museum, and how much we have to share with our community.

Why should everyone visit the Museum? I always think to myself “what would the world be like with NO museums?” A community without museums is one without stories, without memory, without inspiration. Without such a place, histories, arts and cultures would not only be hidden away in attics or landfills, but their inherent lessons would never be woven into the fabric of our communities and everyday lives. We wouldn’t know the answer to the universal questions of “Who are we?” and “Who do we want to be?” without the existence of museums.

More Ways to Be Involved: 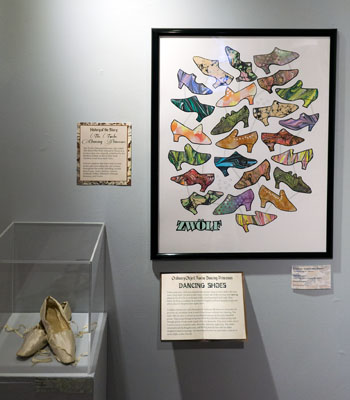 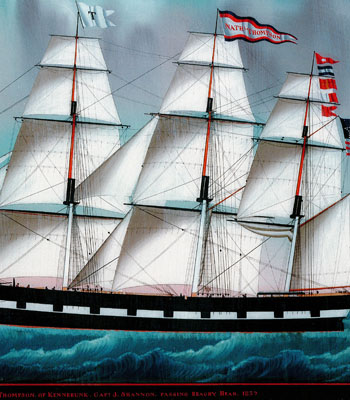 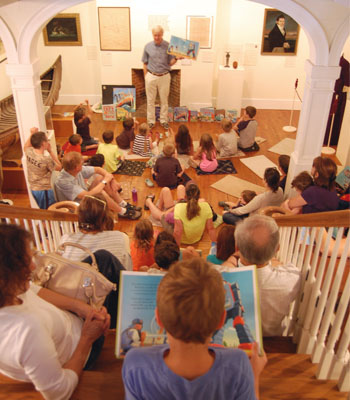